Royal Entanglements.​ Jim Collins accepts a position as bodyguard to Princess Diana Nadia Sofia of Taraverde, even though he questions the king's motives for hiring him. The entry will look good on his resume and help him land other jobs which have been out of reach because of his age.
The strong-willed princess finds that she cannot intimidate her American bodyguard. Against the backdrop of revolution, respect becomes friendship.
Jim resists the complications of falling in love with a princess. But for how long? 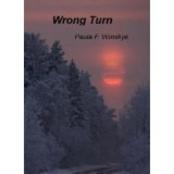 James Collins: Crash! Jim Collins and his wife Crown Princess Diana of Taraverde celebrate their tenth anniversary still deeply in love. They have five children and the kind of life most people only dream of.
But Jim's world shatters when Diana's plane goes down. To help himself recover, he travels to the neighboring country of Tierras Altas to take part in the mission to the crash site.
But more trauma awaits him. Before long, Jim teeters on the brink of insanity.
In the fourth installment of the Collins Family Saga, Jim faces the greatest challenges of his life.

Gold Star Lee.​ 11-year-old Dakota Jackson is heartbroken when her Thoroughbred mare, Canyon Starlet, escapes to join Black Coulee's wild herd.
One disappointment follows another when Dakota realizes that she will grow too tall to live her dream of becoming a jockey.
A year later, when the Jackson family rounds up the wild horses, Star has a beautiful palomino colt. Dakota chooses to keep him, even though her father says that she can have Star's first purebred foal instead.
She knows that the colt she calls Lee can never be a racehorse like his mother. Together, they can find something they will both be able to do. Dakota hopes that will be barrel racing. But many barriers stand in the way of that dream.

Greener Pastures.​ Brandy Stevens works a low-paying job and struggles to raise her two children on her own. More than anything else in the world, her 12-year-old son Jeff wants a horse. Since this is financially impossible, Brandy finds him the next-best thing: a man who "wants to give a kid who likes horses the chance to learn about them." But Kimo Carson, the mentor and cutting horse trainer, is physically and mentally scarred. He manages to break his self-imposed isolation when he offers to "give something back." Brandy's children will win his heart, but can she and Kimo find romance despite the emotional baggage they both carry?

Cowboy Prince. Jim Collins has a life most people would envy. He and his wife Crown Princess Diana of Taraverde are new parents. An American by birth, Jim is now a prince. As Taraverde's Secretary of Agriculture, Jim has made life better for many citizens. The king plans even greater things for him.

But every life has challenges. Jim soon faces several assaults on his happiness, one of which could even cost him his life.

Wrong Turn.​ ​Steph Erickson, a young widow with a two-year-old daughter, leaves Nebraska to start her new job in Colorado.  But she takes a Wrong Turn on the unfamiliar mountain roads.  Her car slides into the ditch in a place with no cell phone signal.
She has few options.  Walking miles in the cold with a toddler is out of the question.  She can only stay with the car and hope someone hears the horn.
As night falls and the weather deteriorates, she fights off panic. How will they survive?
Then she sees movement in her headlights.  A snow-covered rescuer emerges from the blizzard. She must trust his horse to take her through the storm.  After a harrowing trip, she finds herself safe in his isolated cabin.
Or is she?
Cut off from the rest of the world, she feels at the mercy of ruggedly handsome CC Danmeyer. He tries to ease Steph's fears.
But how can she ever feel safe when no one knows she's there?

Right Hand Man.​ When Cody Pfeiffer's boss, Karlea Johnson, asks him to move with her from North Dakota to Arizona, he's reluctant.
But he likes the job he's had since his teens, caring for and training her horses.
More important, as the years have passed, he's fallen in love with his widowed boss. He keeps his feelings to himself, certain that she still thinks of him as a kid.
After considering her request, he agrees to the move. He can't let her go without him. He sees this as his chance to win her love.
But, when he puts his plan into action, it takes them in a direction he never intended.

Collins Family Reunion. Cousins, so alike, yet so different.
Jim Collins---the kind of relative families brag about. A royal after marrying Crown Princess Diana of Taraverde. An overachiever, now with the chance to compete in the Olympics.
David(Dac) Collins---the kind of relative families don't talk about. A womanizing Marine, the black sheep of the Collins Family.
Jim knows that Dac's lifestyle hides a painful past. He tries to help his cousin become the man he wants to be.
But Jim has problems of his own. Demands of his career and international competition leave little time for his family. His marriage begins to suffer.