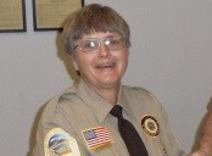 Thank you for contacting us! If needed, you will hear back within 48-72 hours.

ABOUT THE AUTHOR
Paula F. (Pfeiffer) Winskye began writing novels about girls & horses at age 12, while growing up near New Rockford, North Dakota.
She released her first novel in 2003 & in 2021 published her 22nd & 23rd.

Best known as a mystery writer, her first Tony Wagner novel, The Reverend Finds His Calling, reached #6 on Amazon for serial killer mysteries.
Winskye has also published a middle-grade novel,  romances, and family saga novels. She has finished a screenplay of The Reverend Finds His Calling.
Winskye & her husband John live near Snowflake, Arizona. When she is not writing, she is a Navajo County Sheriff’s Auxiliary Volunteer.

FROM THE AUTHOR
"Some of my earliest memories are of laying awake at night, thinking up new plots for my favorite cartoons or TV shows.
In 7th grade I became one of those horse crazy girls and began reading every horse story in the school library. Walter Farley was my favorite. So the first story I wrote was about a black Arabian race horse.
In college, I asked an English professor how to get published. He said that if he wanted to get published, he'd marry a publisher's daughter.
I gave up the dream of seeing my name on a book cover. But I didn't give up writing. My subject shifted to family saga or romance novels.
In 2000, I tucked another finished manuscript into the overflowing box in my closet and announced to John that I had completed another novel.
His response changed my life. "Why don't you try to get something published?"
I started rewriting a story about my favorite character, James Collins. For the first time, I wrote on a computer.
I bought a book on writing and began submitting query letters to small publishers. When I saw a commercial about Print On Demand (POD) publishing, I decided to quit waiting on publishers.
I released James Collins: Royal Entanglements in 2003, then James Collins: Cowboy Prince in 2004. I've since rewritten both, releasing 2nd editions under the titles Royal Entanglements and Cowboy Prince.
Many people enjoyed those first 2 books. But as my writing grew stronger through input from my writers group and The Writer magazine, I knew I could do better.
In 2008 & 2009, I released 2 novels through a traditional publisher. I've returned to POD publishing, preferring the control it gives me. My readers also wanted new stories faster than a traditional publisher could supply them.
In 2015, I joined the Sisters In Crime mystery writers organization and its Tucson chapter. The input and support have been great.”