Randy McKay's sister asks him to look into a fire that killed her friend, even though it has been 14 years since he worked as an arson investigator. The local fire department says that Glenn Ross got careless & his widow wants a second opinion. When Randy combs through the burned building he finds I.E.D. components. After turning the case over to the New Mexico State Police, he searches for similar fires and picks up the trail of a serial arsonist.

The 3rd novel in the Randy McKay mystery series.

​The Reverend Defends His Family 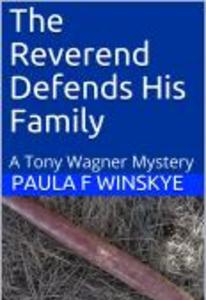 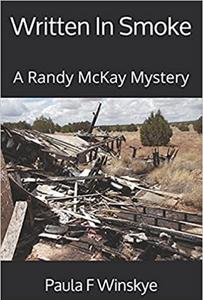 When Tony Wagner's son, Brett, is framed for beating a man to death, Tony must protect his son by first clearing his name. Then Tony, FBI Agent Wyatt Garret, & Sheriff Ryan Clark search for the real killer.  Who would frame a teenage boy for such a brutal murder? No one could possibly hate Brett that much. The investigation focuses on Tony's career in law enforcement. He has helped capture many criminals. Tony begins digging through his old cases, dredging up bad memories in the process.

The 11th novel in the Tony Wagner mystery series.